Are you having a hard time with April and keep getting only errors and errors? then follow this article that explains most of the errors. Below are listed the most common error that you can encounter while using April.

This is probably the 80% of command April command failure 😢, so let's start with why does this error appear? The reason is because you have supplied too many parameters or too few parameters as the error itself says, let's make an example with the command !Clear if you try to run !Clear 5 it most likely going to fail because there's not such a command that matches, yes !Clear is a command but adding that 5 mislead the command mapping. Running !Clear messages 5 it apparently looks like a valid command but adding that messages mislead the command mapping and results in a command error the right command is !Clear message 5. So most of the time those errors are caused for wrong spelling. The error can also be caused because you're trying to execute a command that does not exist but has a fallback such as group commands. e.g. !Welcome set my welcome message this command will always fail there isn't a command that matches set, so the command mapping will guess that you're referring to !Welcome command that does not accept parameters. The best way to prevent those errors are to looking at the command documentation 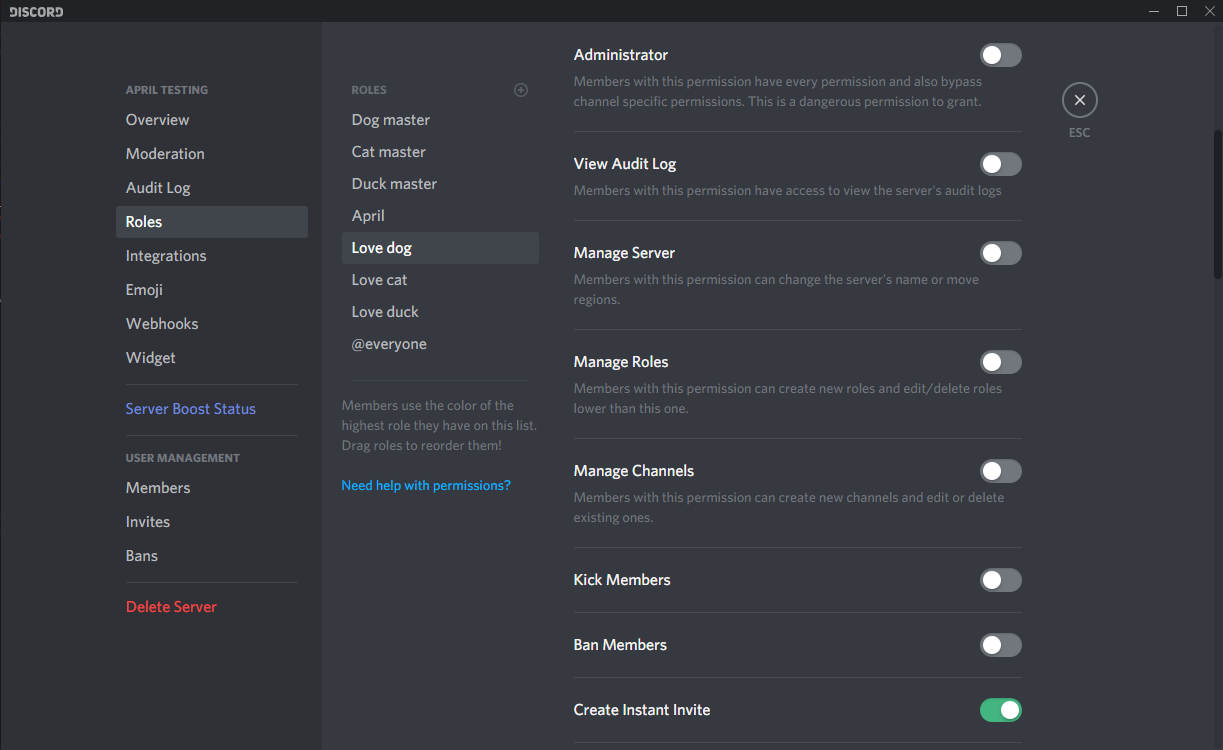 Why does this error appear? As the error say itself, April is missing the required permissions to execute the command. So how to fix it? get on your Server Setting -> Roles and there locate the April role or any role that you assigned to April and make sure that its has the required permission. If you invited April by using the provided link and did not touch any permission then you're more likely having already all permission, but if you are anyway getting this error then should probably kick April and invite it again, the cause can be a server error. 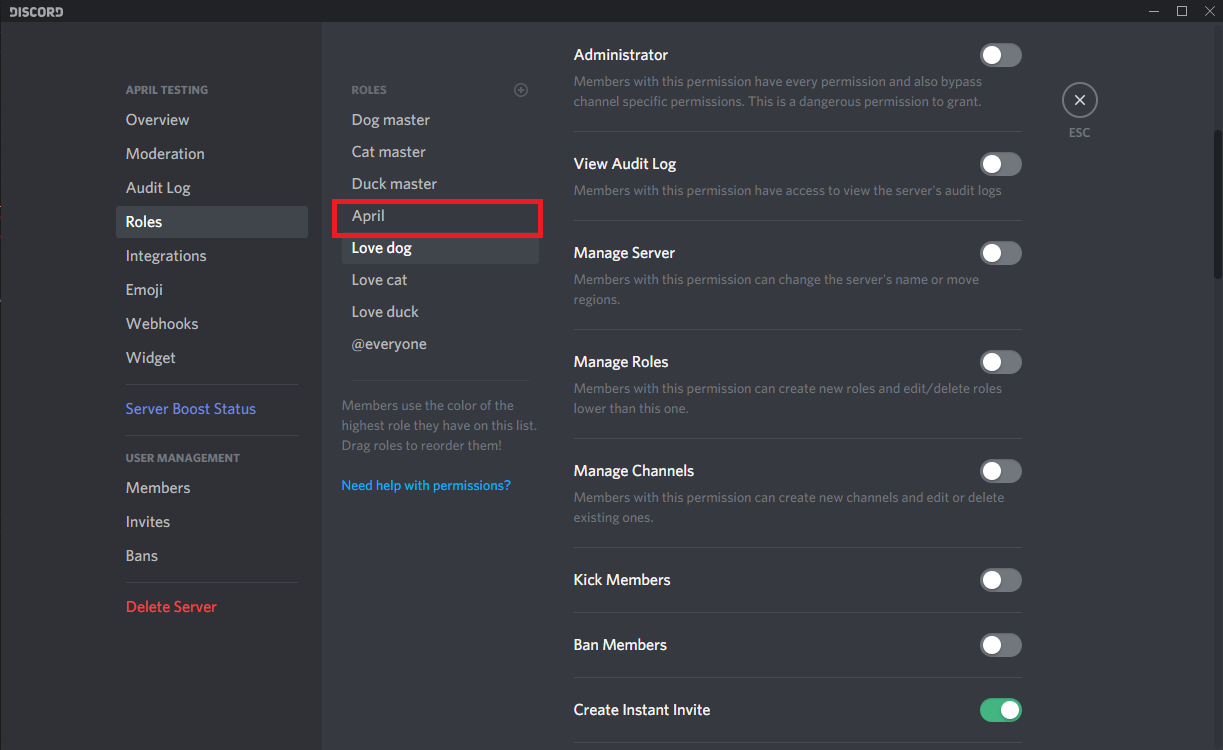 Why does this error appear? As the error say itself the user, role or channel could not be found by April, it can be a misspelled word, try always to match the whole word using also capital letter is necessary. The error still appear? remember that you can always refer to a user/role/channel by using its mention, for mentioning a user and role start typing @ and they will automatically appear in the chat hints, for the role you wanna make sure that is mentionable by going on Server Setting -> Roles -> (Target role) -> Switch on Allow anyone to @mention this role. For mentioning a channel start typing # and it will automatically suggest you the channels. Still getting this annoying error? Then get the id of the user/role/channel by going on User Settings -> Appearance -> Advanced section -> Switch on Developer Mode. Now you can right click the user/role/channel and click on Copy ID therefore use that id in the command.

If all the above solution did not fix the problem then or April is just not responding then make sure that April has the permission the view or even send the messages. Also it could be that your prefix is not ! and April is literally ignoring all your attempt to execute a command, check your prefix by typing @April#4100 prefix status. If that did not work out then try to kick April and invite it again. Again if even that did not work out then try join the support server