Discord role hierarchy is probably the most confusing thing for users so let's begin with saying what is hierarchy? Discord hierarchy is how your roles are arranged, the higher role has more power than the lower, hierarchy is needed for April to assign roles for services like Autorole, Reaction Role or Selfrole, April cannot assign a role that is higher than its roles and giving an Administrator role won't solve the problem. So how to fix it? The solution is simple just arrange the roles in a way that April role is always at the top of the role that you're trying to setup. So where is this Discord hierarchy? You can find it by going Server Settings -> Roles. 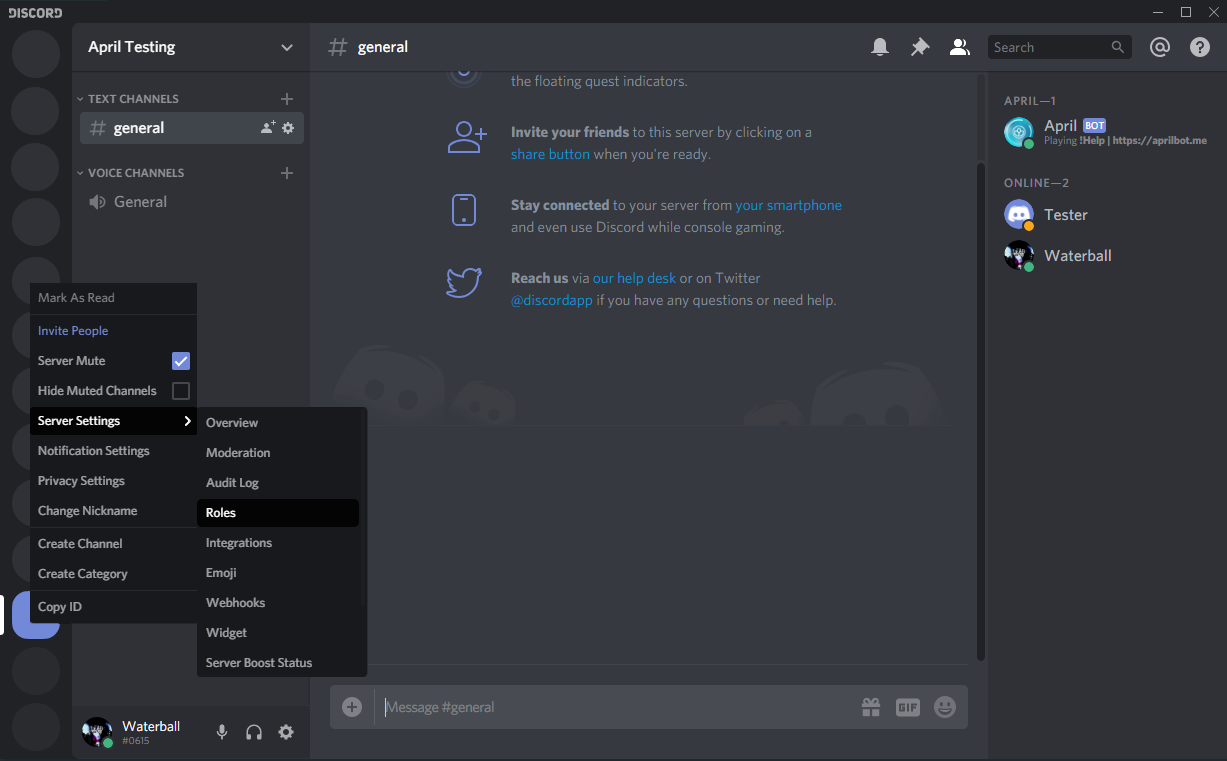 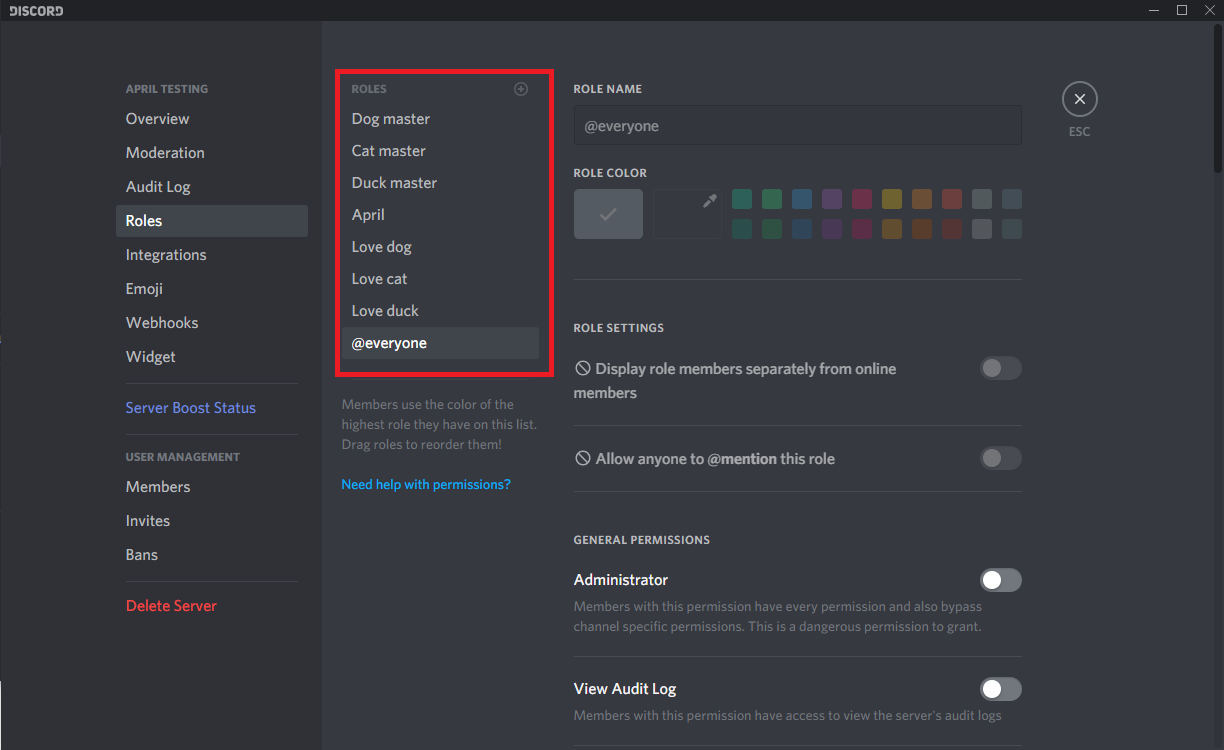 How do I arrange those roles? Its simple just drag and drop them, If you are the owner of the server then you can arrange the roles as you want, if you are a member then you more likely required to have Manage roles permission, in addition you cannot move role with higher hierarchy or move your role at the top.

As you can see from the image above, the roles: Love dog, Love cat and Love duck can be assigned to user by April, but Dog master, Cat master and Duck master cannot be assign to user by April. To assign those roles you should set the April role at the top of them. Like so: 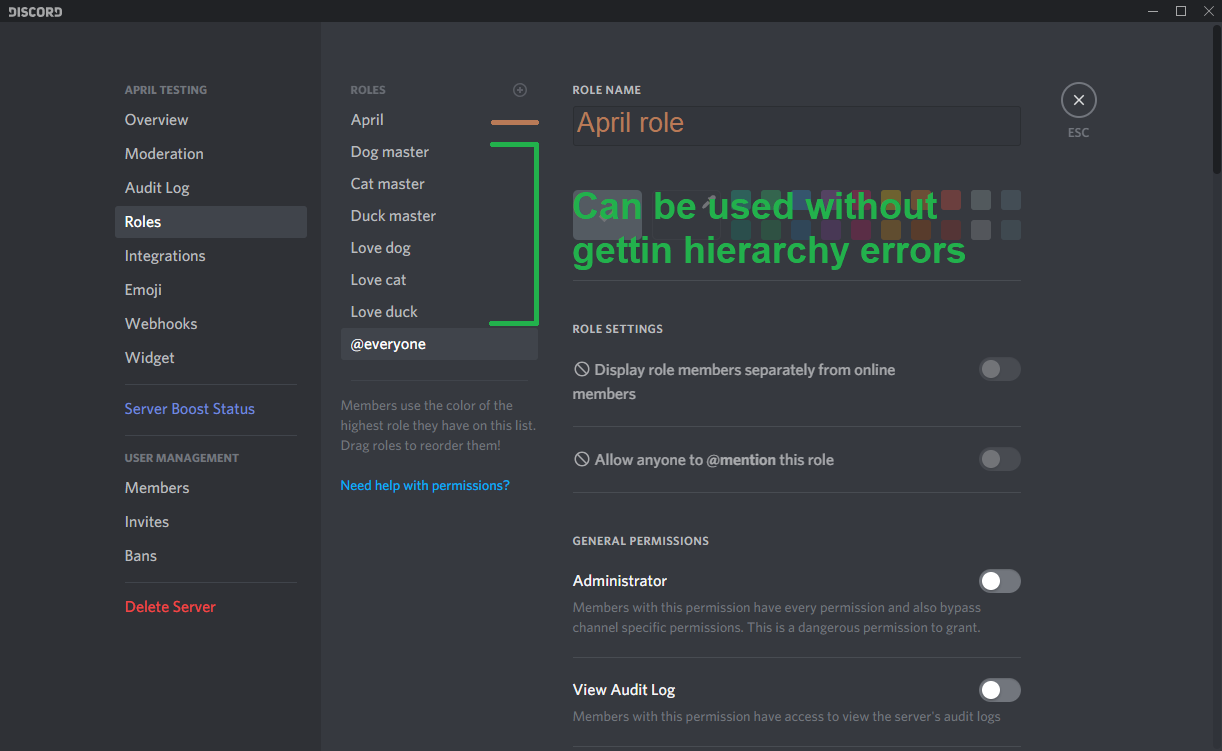 Now any role in the guild can be assign to users by April if its setup, remember that you if you're planning to only setup 1 role then April role doesn't have to be at the very top but only higher than the role you're trying to setup.