Have you got others bot that have the same prefix as April? Then you should change April prefix into something else, or have you just forgotten what was April prefix and now you are desperate because you cannot use its feature? Then you are in the right place because this guide will walk through how to change and view your current prefix easily. By default, April prefix is "!" or you can mention April and write the command 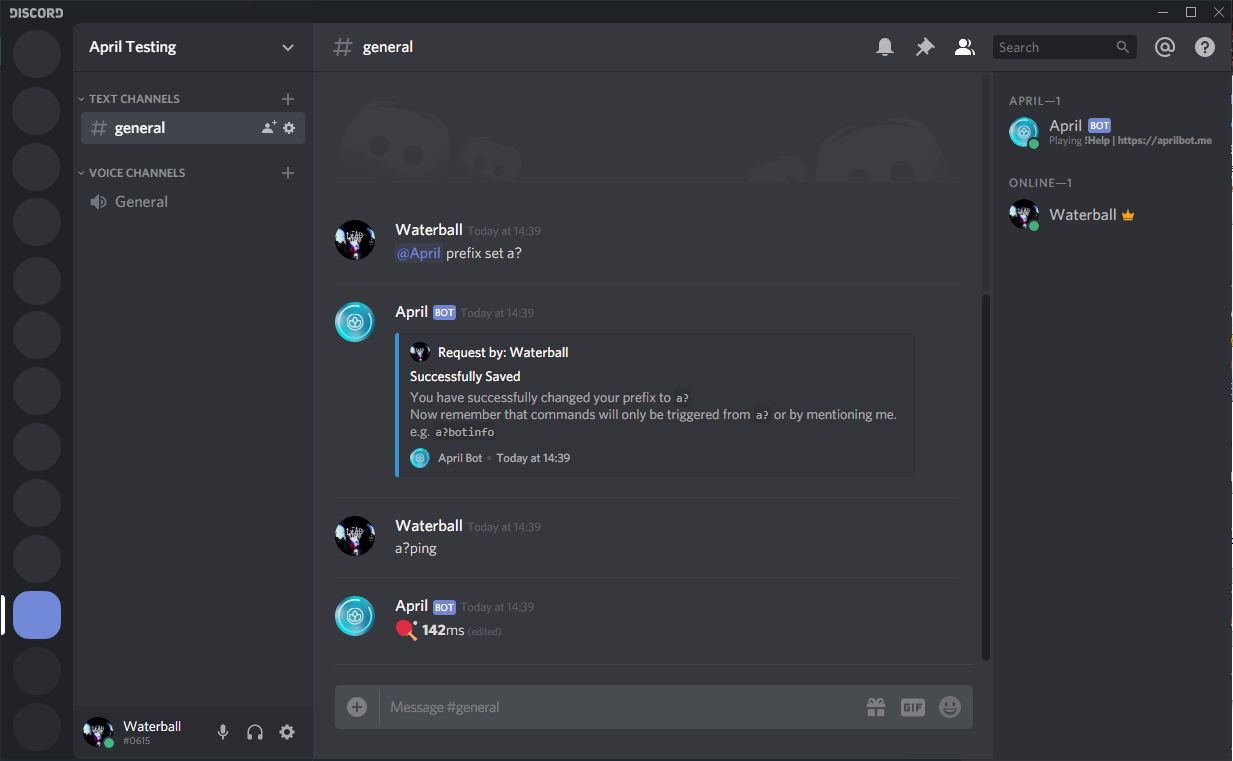