In this guide we walk-through how-to setup the autorole service by using the April dashboard. below an example of how the setting screen looks like. 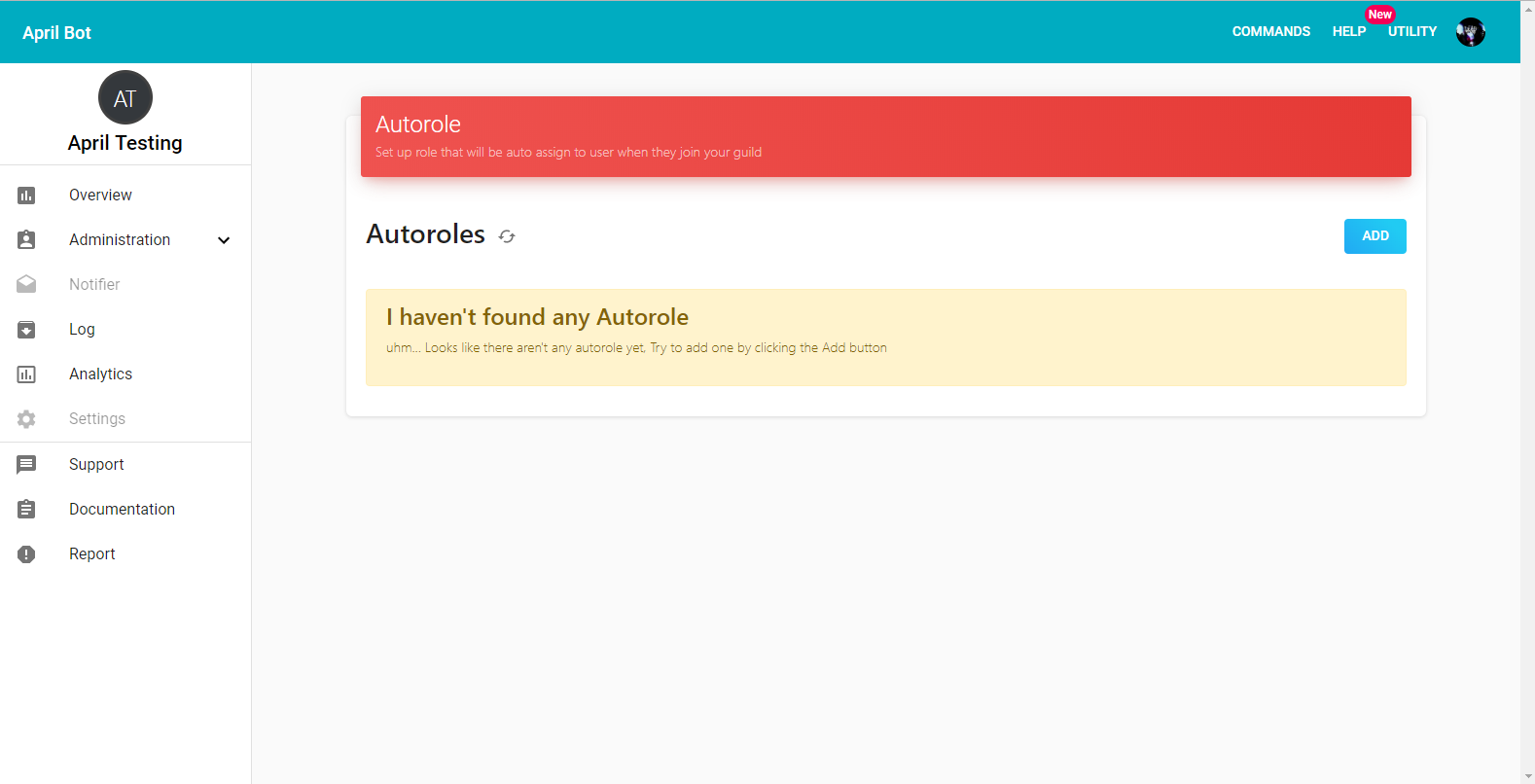 Below are the steeps to setup autorole using dashboard:

1. Go into autorole service screen in the dashboard, then in case you still don't have any autorole click on Add button on the right, a modal will pop up and you'll be asked to select a role, after that click on SAVE CHANGES button. 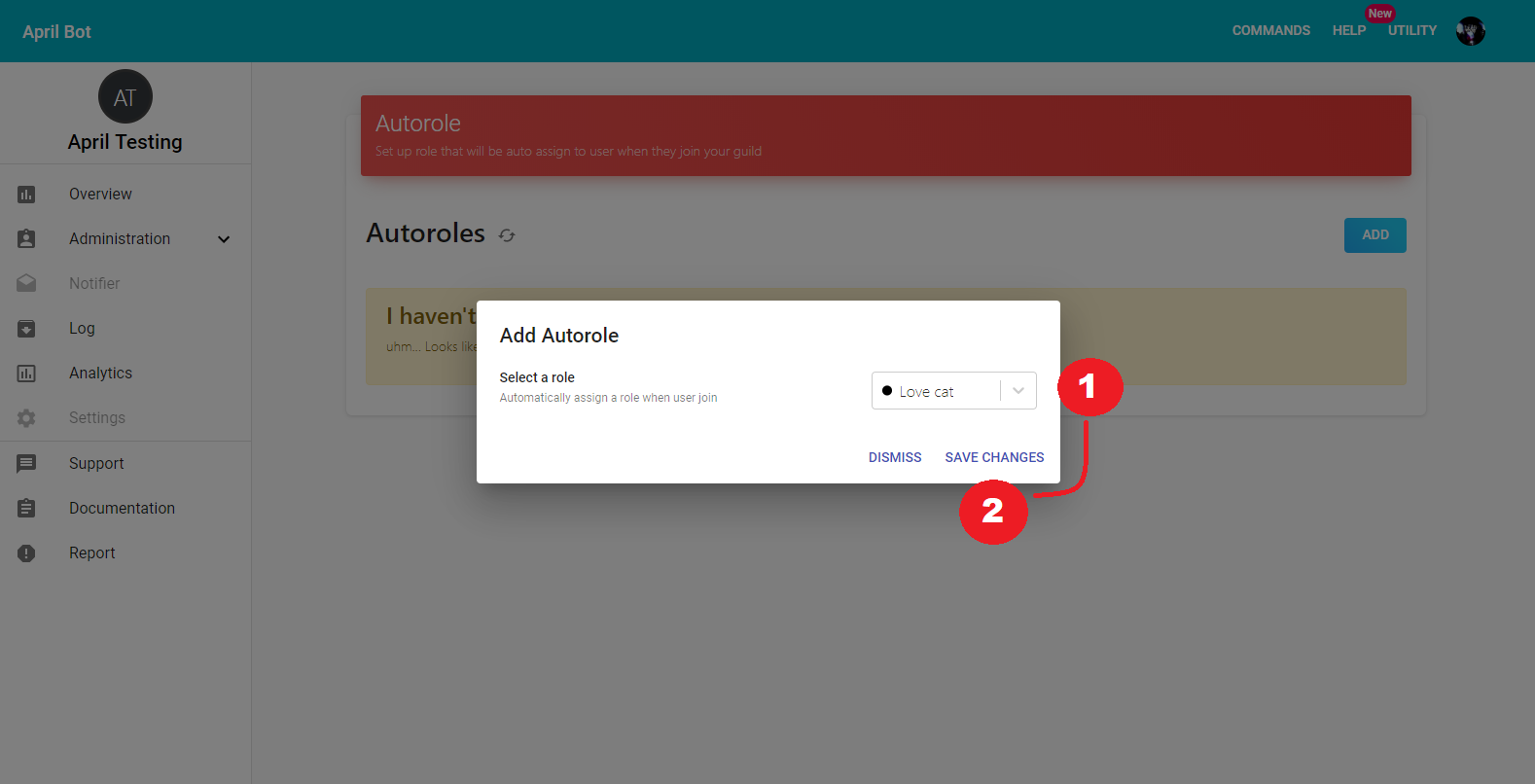 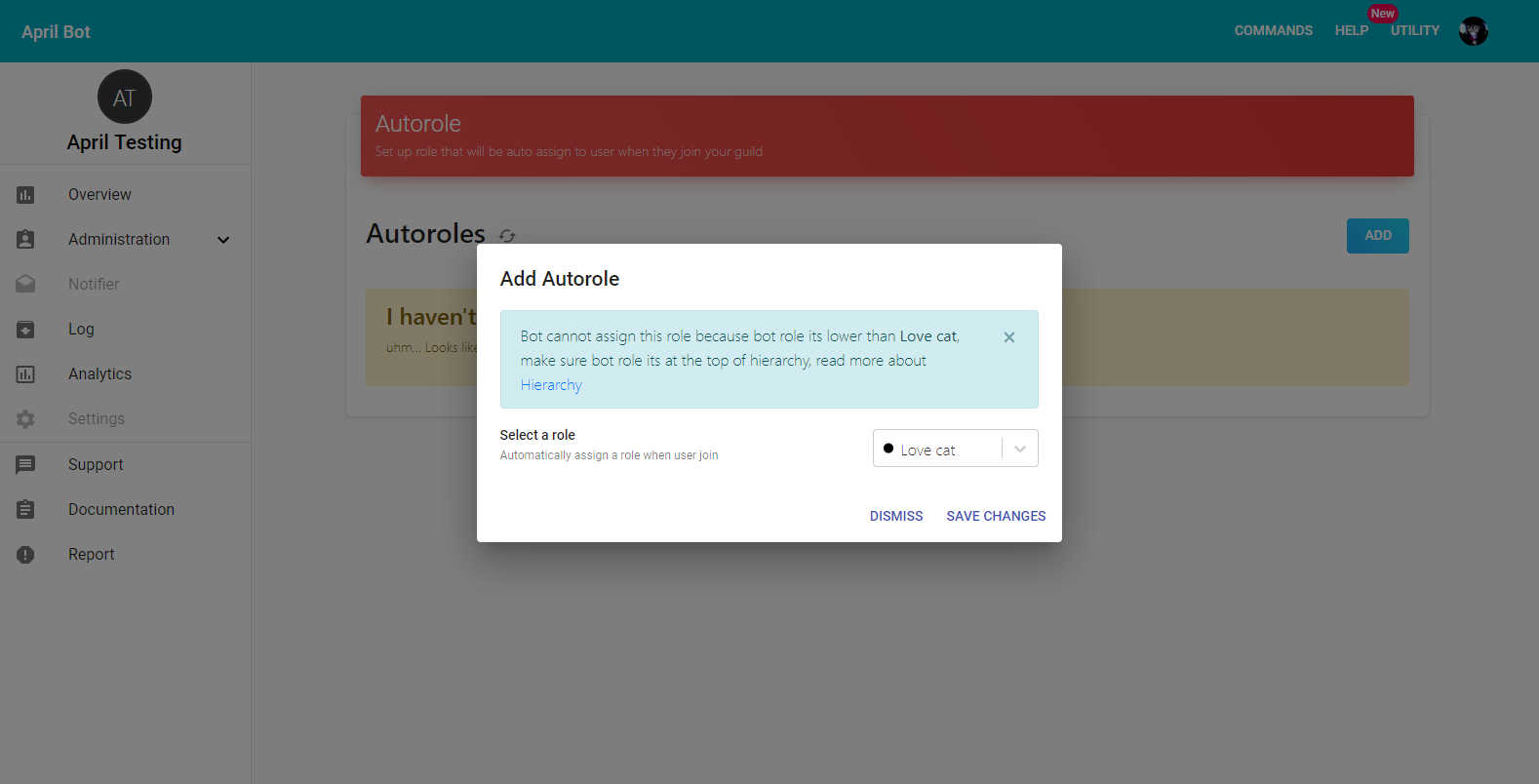 Below an example of how it should like, note that April role is at the top so it can add any role, but if you prefer you can placing only at the top of the role that you're trying to add to autorole. 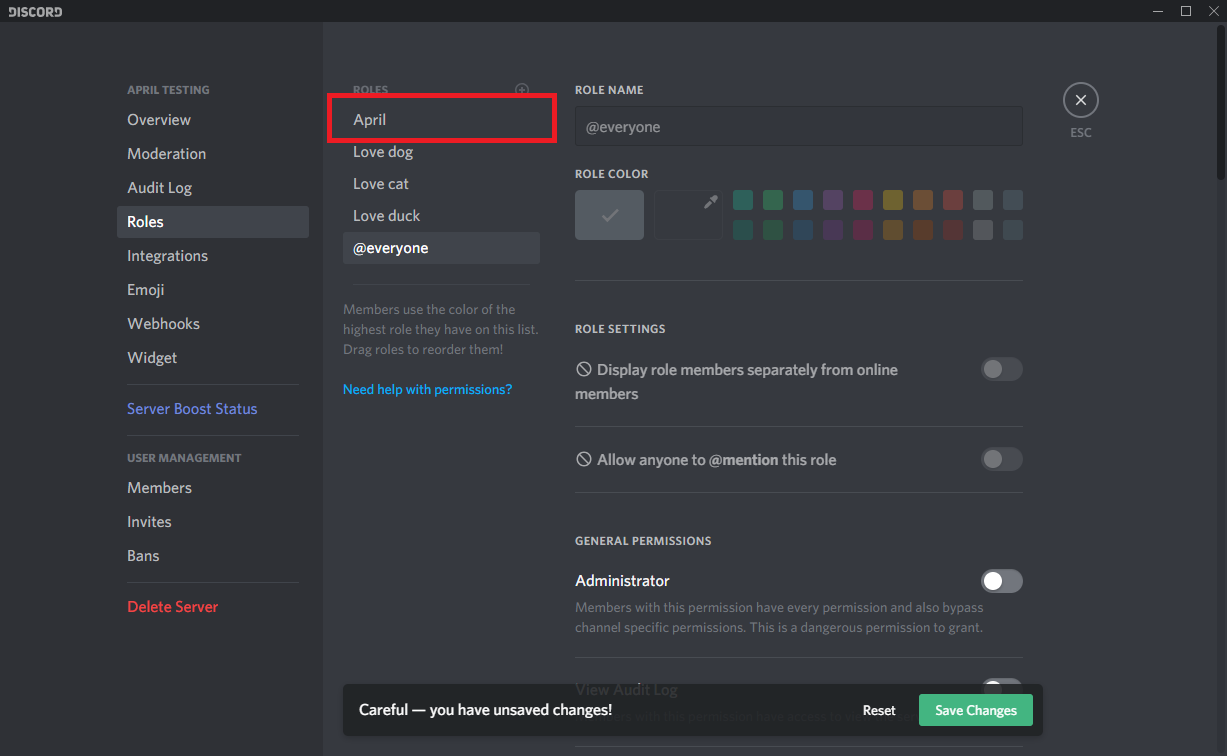 After changing your Hierarchy reload the page and try to add it again and if all went right you should be able to see a screen like below. 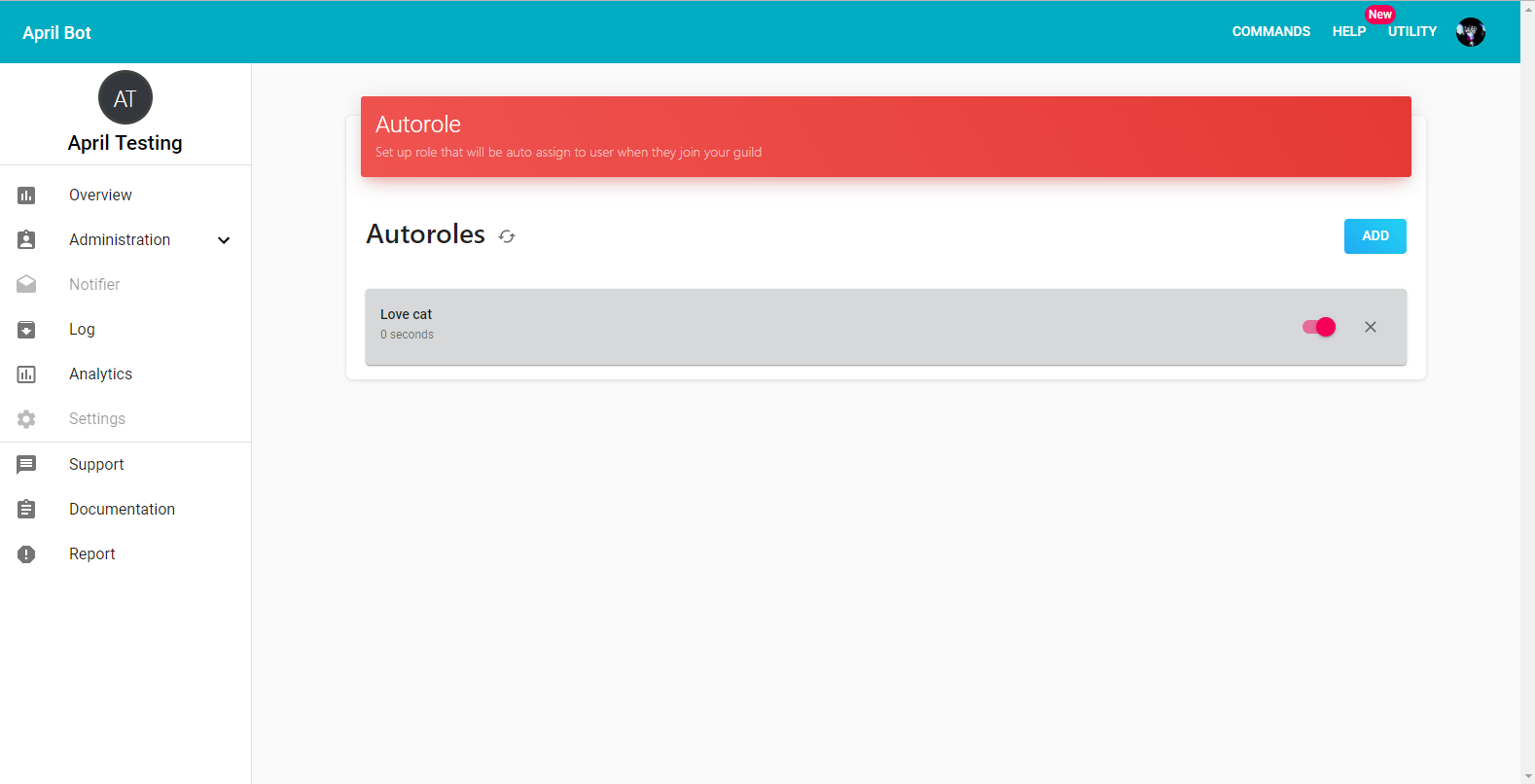 2. By default the added autorole get enabled itself, but you can temporally disabled and re-enable at any time by using the switch of the autorole. 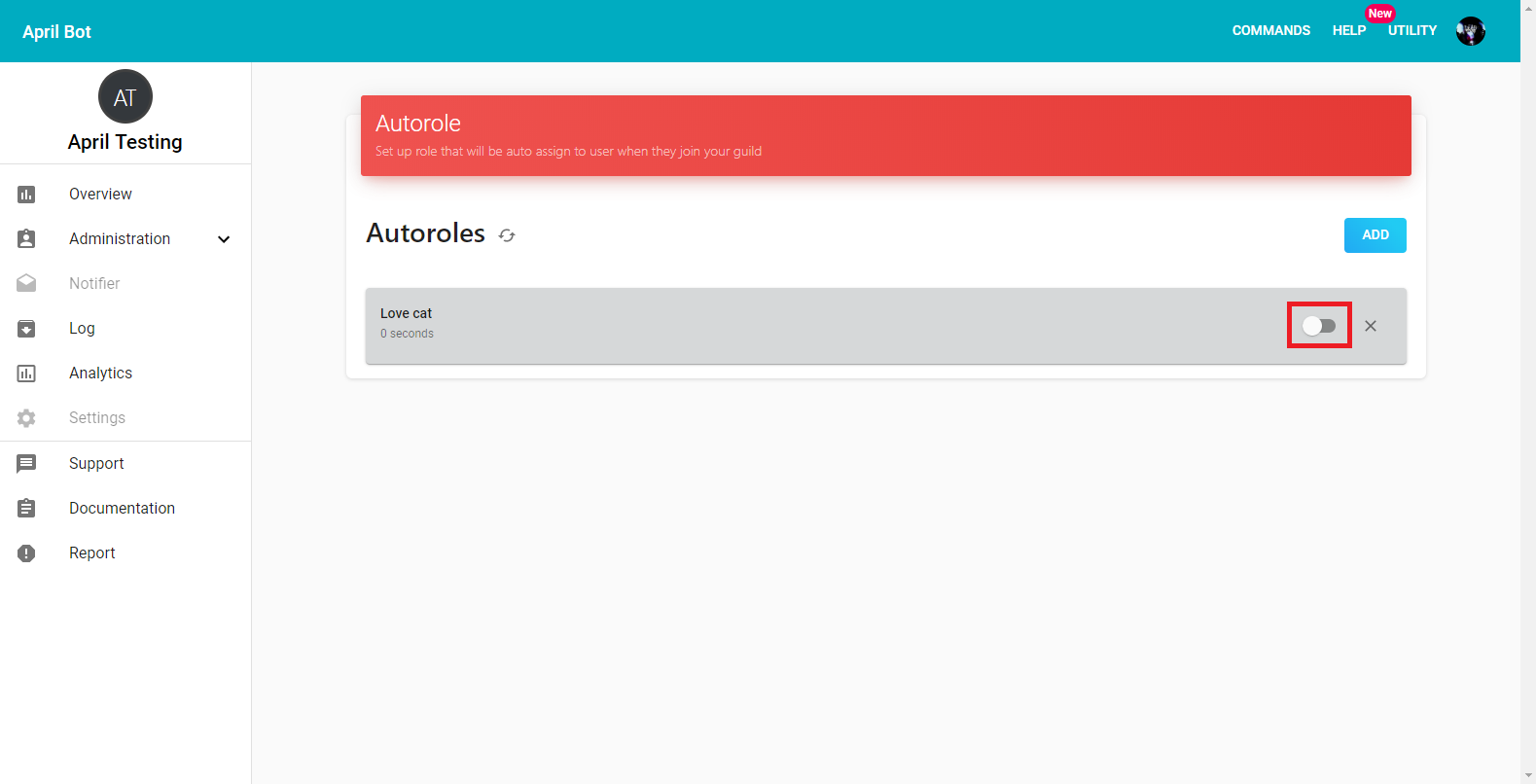 3. Finally, to remove an Autorole use the X icon on the right of your target autorole after that a modal will pop up that will ask you if you are sure you want to delete that autorole, if yes then press SAVE CHANGES button. 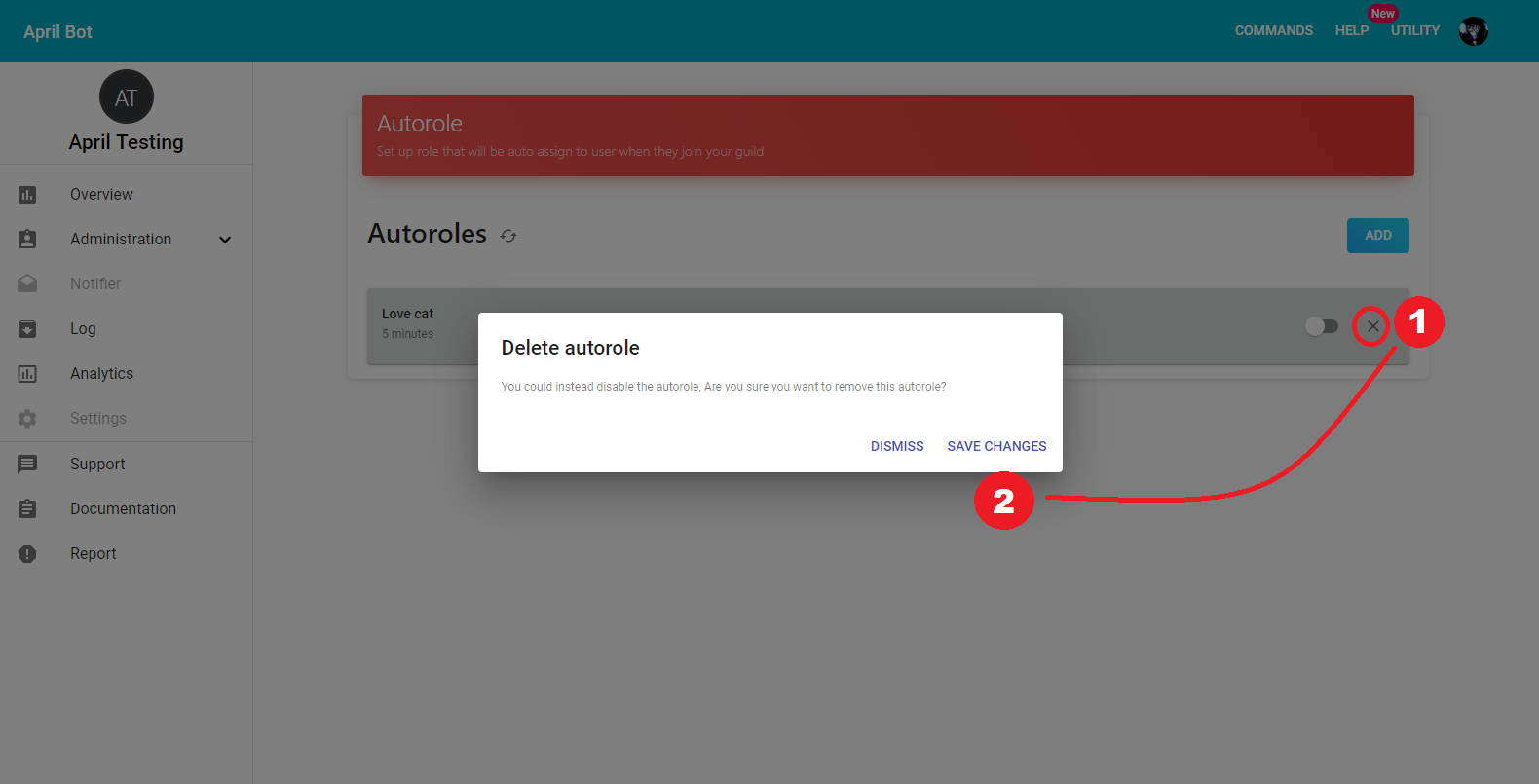